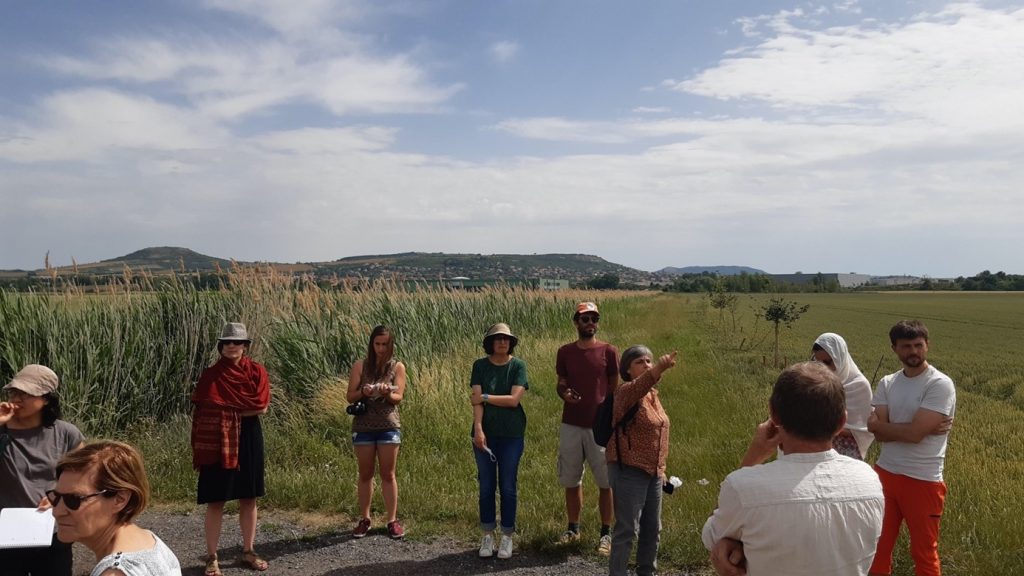 The grassroots event organised by Terre de Liens was linked to RURALIZATION Work Package 6 on Access to Land. The event presented and promoted a novel land practice developed within this task, known under the name “Ferme de Sarliève”, which aims at transforming a large peri-urban industrialised farm into a citizen-led “territorial farm” hosting several new entrants, a farm incubator, and diverse agroecological activities. In addition, the event included discussions on the general RURALIZATION assessment framework as well as debates on how to best combine academic and practitioner perspectives to support social innovation.

This event helped make known the work carried out within RURALIZATION and enriched the local community through the co-construction of new knowledge on how to scale up innovative land work.

Stakeholders identified several discussion points in relation with the upscaling of the RURALIZATION novel land practice and they expressed interest and enthusiasm for the work carried out in RURALIZATION. Regarding the general project framework, they appreciated learning about RURALIZATION concepts. The “Rural regeneration” and “resilience” concepts in particular were discussed as they were seen as possible tools to support and communicate on stakeholders’ work to develop agriculture projects that provide local food, jobs, and environmental services.

In the second part of the event, a brainstorming was carried out concerning other best practices which could be further investigated by the local community to support upscale of novel land practices. 18 possible projects and practices were cited (either by organisers or stakeholders themselves) and were discussed according to economic, social, and territorial criteria.