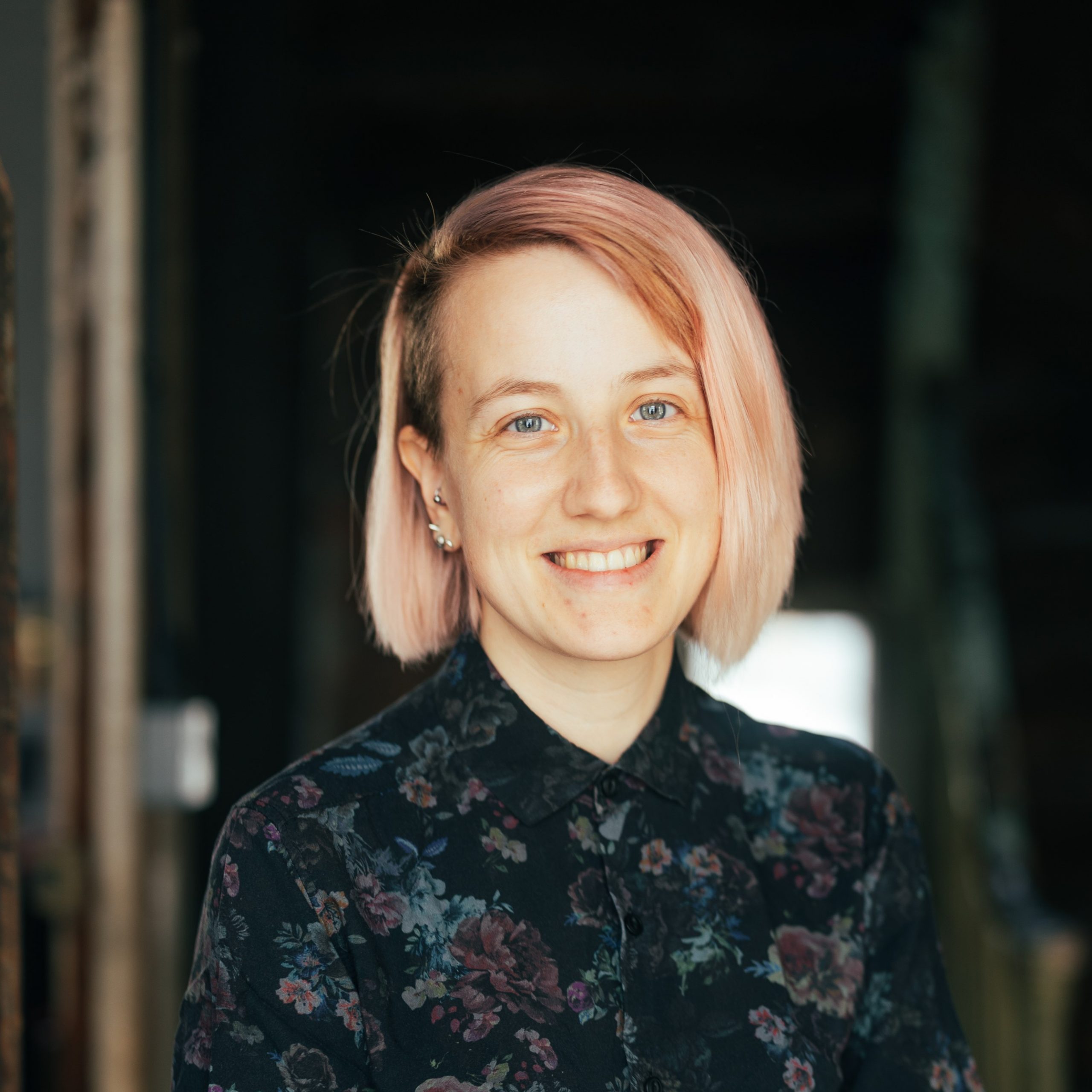 In the middle of July, several members of Shared Assets headed to the Land Skills Fair organised by the Landworkers’ Alliance – a four day festival to build the movement for food, land and climate justice. We were holding our ‘grassroots events’ aimed at new entrants there as part of Ruralization, but also had the chance to immerse ourselves in the many other talks, activities and festivities the Fair had to offer. The Fair was held on a beautiful organic farm in rural Gloucestershire, and provided ample time to reflect on our recent work within the Ruralization project and beyond, particularly from a ‘new generations’ perspective. 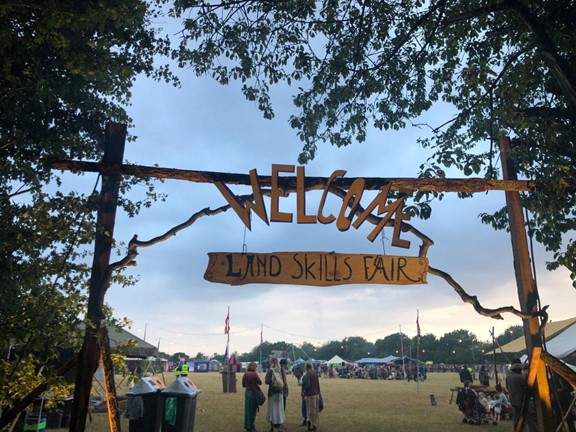 One entrance to the main arena of the Land Skills Fair (Image credit: Shared Assets)

Our grassroots event was made up of two related workshops aimed at people new to farming and land work, or considering it as a possibility for them, to talk through some of the challenges faced and people’s different journeys into working on the land, and ways to overcome common hurdles. I’ve been in similar conversations to these before and it can be easy to get bogged down in the many difficulties new entrants face, from the cost of land and infrastructure, to a lack of mentors or affordable training opportunities, to not feeling like farming was something ‘for them’ or a sphere in which they ‘belonged’.

Whilst these and other issues were raised, we also spent time talking about what inspired the participants to pursue land work and some solutions to their shared challenges. This was where the energy really seemed to be focused in the sessions. The participants mentioned land work as giving them a sense of purpose, feelings of awe, a universal language to connect with people internationally through food, and much more, and had creative ideas about how to fund much needed support such as training schemes.

It was this sense of hope and possibility for the future which I left the sessions with, and which was replicated across most of the rest of the Fair. Some personal highlights for me included discussions on herbalism and mutual aid, a walk on tree identification, and a workshop on how a deeper connection with the land can help heal trauma. There was also a whole crafts village run by The Rewild Project where artisans showed off their skills and offered sessions so that even total beginners like me could have a go at carving wooden bowls or pieces of stone, weaving willow or working with metal or leather. I and many others also simply enjoyed eating together with friends old and new, gathering around the fire to listen to stories and make music, and taking in the beautiful surroundings – I personally encountered a deer at sunset on the crest of a hill, an image which will stay long in my memory. 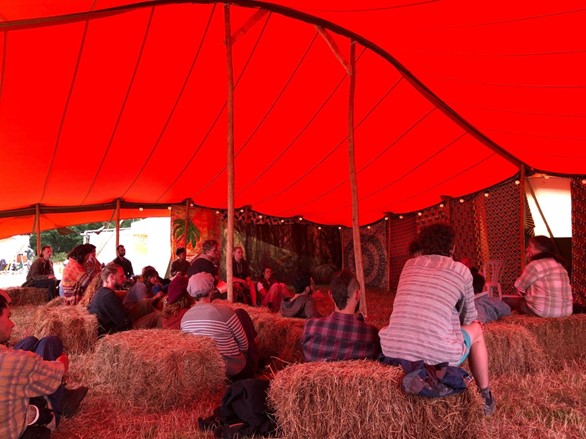 Attendees listen to a speaker in the Talks Tent (Image credit: Shared Assets)

I heard there were around one thousand people at the Fair, and it gave me a sense of how quickly culture and community can be created amongst a group of people who are invested in the future of rural spaces and a mutually nourishing relationship with the land, as well as a window into one vision of what re-enlivened rural communities could look like in the future. The community that was created was able to acknowledge and address the real issues faced in rural areas and society more broadly – many of the talks at the Fair tackled difficult topics such as racism, sexism and homophobia, and how the specifics of these issues can play out in rural areas, but they also developed pathways for action and built a sense of solidarity within and between different communities. Many of these sessions were led by younger people, but with an emphasis on intergenerational and intercultural learning. The Fair also created spaces where various groups of people who face systemic oppression and discrimination could come together and share experiences and joyful times together, for example the ‘crafts and connection’ session for queer and trans people.

It is so important to have spaces such as the Land Skills Fair to dream, and to act out the world we want to live in, as a source of strength to take back to our everyday lives. As organiser, educator and curator Mariame Kaba teaches us, ‘hope is a discipline’ that we have to practise regularly. I left the Fair knowing that rural communities which are vibrant and welcoming for everyone (human and non-human) already exist, we just have to keep fighting for more of them, and I hope that the learnings and outputs emerging from the Ruralization project can be part of that.