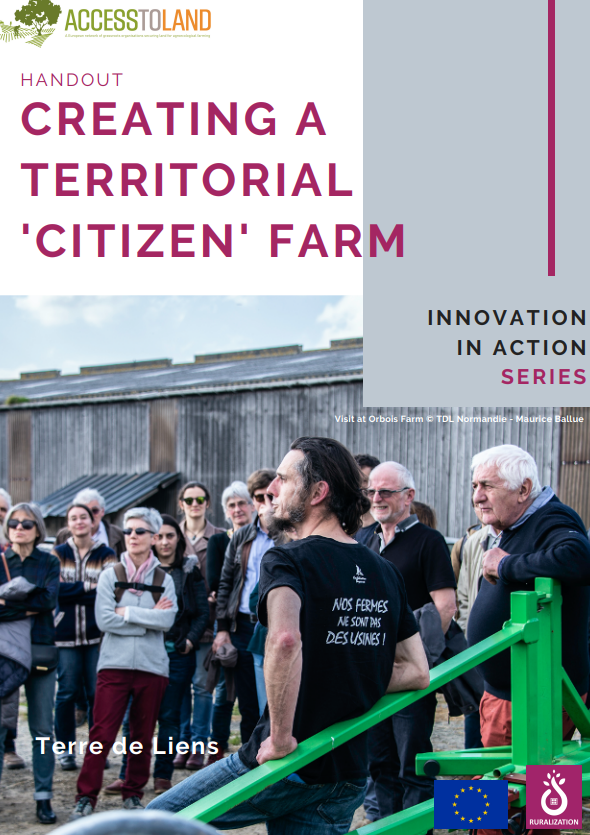 The Terre de Liens (TDL) Auvergne association works to preserve and provide access to agricultural lands to a new generation of farmers. Operating around the ClermontFerrand metropolis, a highly pressured peri-urban environment, TDL Auvergne has difficulty finding land suiting the demands of aspiring farmers for small, irrigable, and accessible plots. Since most farms in the area are large-scale monocultures, the association imagined as an alternative solution to acquire a large holding, restructure, and rehabilitate it to allow the establishment of several small farmers. In 2017, an unhoped-for opportunity materialised as a family of five heirs approached TDL Auvergne to transfer a large land plot (about 80 ha located on the “Sarliève” periurban plain). Part of the land would be donated and the other part sold to TDL.