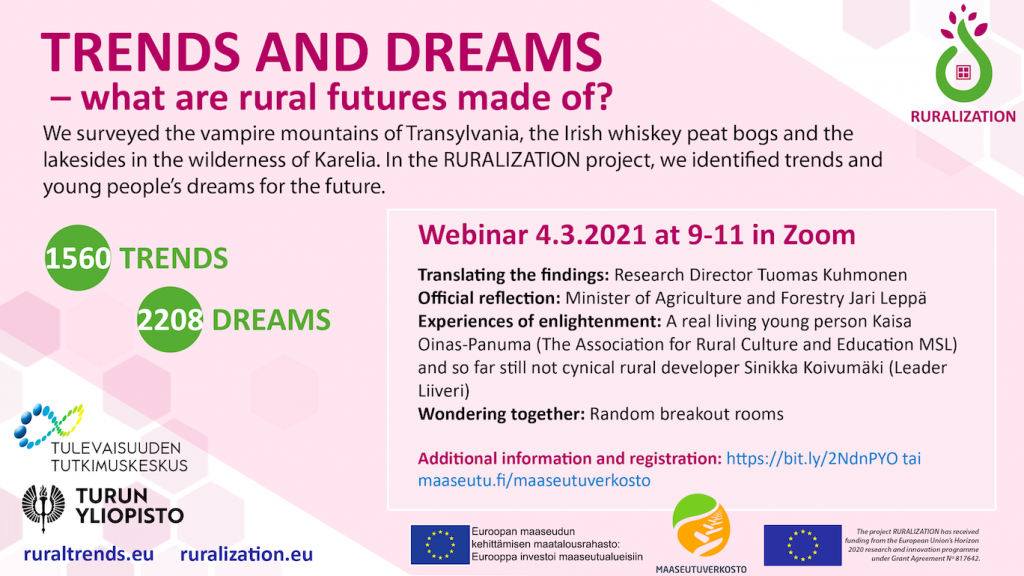 The event was organised to disseminate the findings of the foresights analysis (WP4) of the RURALIZATION project and has been rated as very successful. It was organised as a joint effort by the FFRC/UTU and the National Rural Network. A short invitation can be found through the following link.

The participants reflected the presented trends through the Menti platform and described the most probable future of the rural areas with one word. The most common words were “diversified”, “empowering”, “vital”, “peaceful” and “mysterious”.

After the presentations and comments, the participants were split randomly into breakout rooms to hold individual debates. They were asked to write one issue regarding a trend or a dream worth of special attention in the chat. The most common topic was related to enabling and empowering, to making regeneration of the rural areas possible for various actors. This reflects the setting where there are opportunities, but even more obstacles. In addition, a number of other topics were mentioned, including remote work, nature-based welfare, new opportunities for rural housing, local food and production of more visions.