Newcomers in Depopulating Villages and Access to Land to Overcome Fragmentation 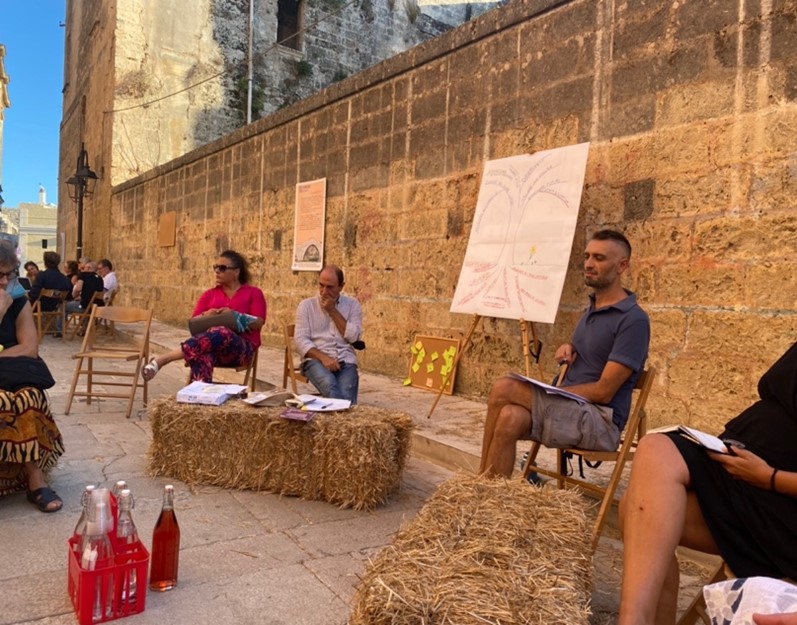 This Grassroots event was arranged as part of the “Green Night”, an annual event organized by Associazione Casa delle AgriCulture “Tullia e Gino”, which is one of Ruralization´s case studies. The event was also co-organised by many other associations, NGOs, and local entities. In particular, UNICAL was involved in the “Rural Parliament” activities. On the 27-28th August UNICAL participated in the discussion on ”Newcomers in depopulating villages” and on the 29-30th in “Access to land to overcome fragmentation of land”. The “parliaments” were attended by different stakeholders (researchers, farmers, members of association and local politicians). The outcomes of the discussions were reported in a public event on the last night of the event.

On the evening of the 28th of August, Annamaria Vitale from UNICAL participated in a public discussion titled “Land: instruments to overcome abandonment and fragmentation”. The event was streamed on the Association Casa delle Agriculture´s Facebook account (793 views).

The main specific needs and constraints identified by stakeholders for generational renewal and access to land are related to land fragmentation, lack of infrastructures and extension services and a lack of a collaborative mentality.

The best practices that were proposed are the creation of “Associazioni fondiarie” (to favour access to land”); the “Sibater project” (promoted by ANCI -Italian Municipalities Association) supporting municipalities in favouring access to land, “community cooperative” to regenerate rural areas involving local communities, civic uses in accessing to land, and food councils and food policies at municipal level.

Despite the covid restrictions, the event was successful and there was a good participation either in the public debates and in the “rural parliaments”. The latter proved to be an interesting modality that favours the discussion on specific issues (land access, newcomers, etc.) involving stakeholders from different backgrounds, operating not only on local level but also in other contexts.