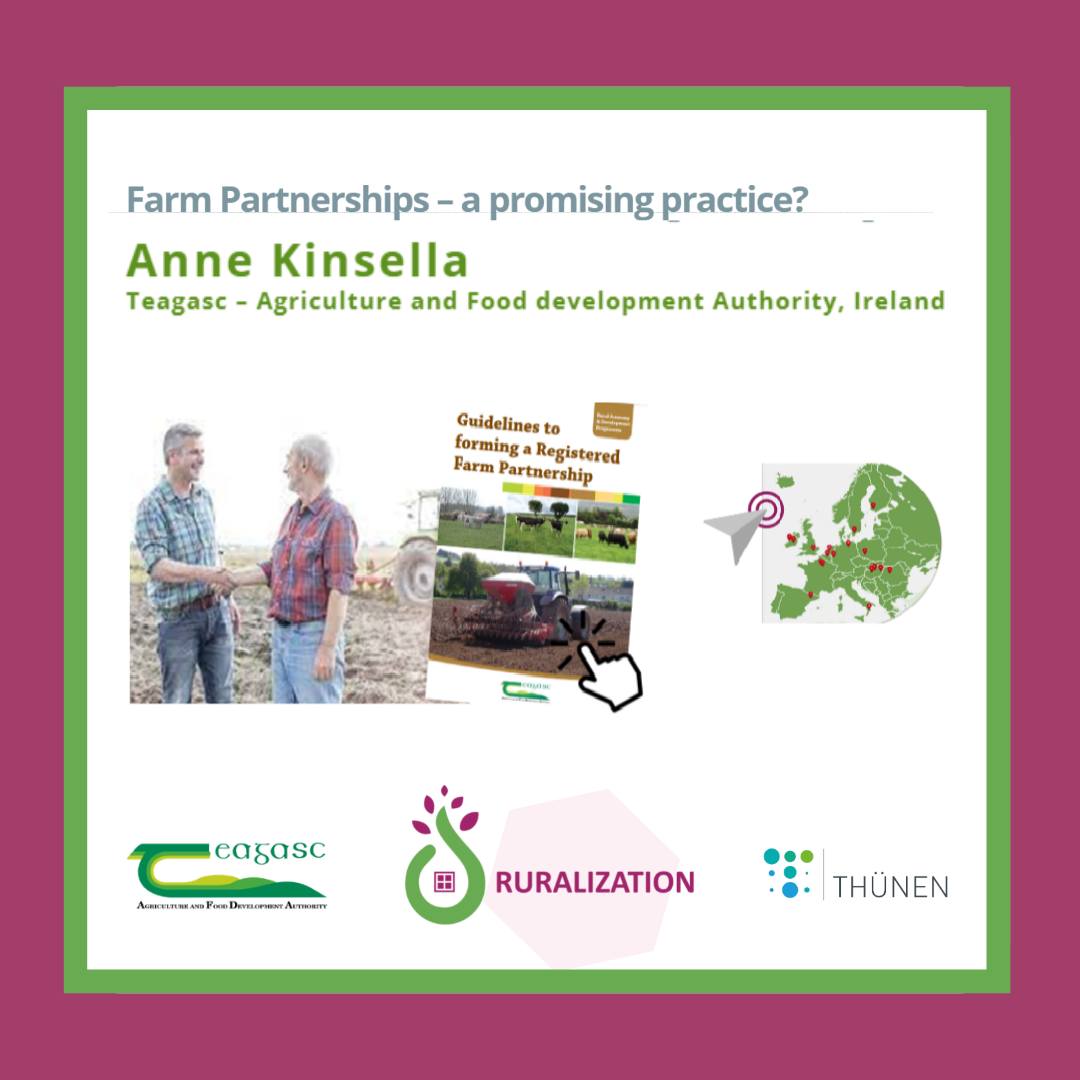 Anne Kinsella, Teagasc economist presented to international  agri benchmark Beef and Sheep Conference participants on the Horizon EU project Ruralization, at the Thünen-Campus in Braunschweig, Germany. Participants included representatives from most EU countries and the UK in addition to international participants from countries as far afield as India, Tunisia, Kazachstan, Brazil, Paraquay, Uraquay and Australia.

Teagasc is one of the 18 partners involved in this Horizon 2020 EU project with Anne the Teagasc principal investigator (PI) on the Ruralization project and indeed the only Teagasc researcher working on the Ruralization project deliverables. Anne, who is also the Irish representative on both the beef and sheep networks, presented the research on Sunday 19th June, on Day 5 of the event. She received most positive feedback on the presentation of research completed on farm partnerships as a promising practice in the West of Ireland and in how Ireland has developed and refined the farm partnership model to be more applicable to Irish farming systems. Other promising practices and their application to more timely and smooth farm succession were also discussed with much interest from international partners. Since the conference Anne has received requests for follow on information and links to other relevant Ruralization reports and documents and links to other relevant Teagasc succession guides including “Guidelines to forming a Registered Farm Partnerships” report.