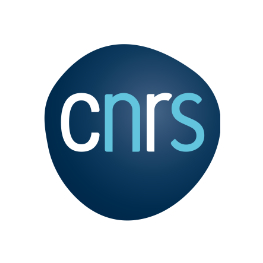 The Laboratory Social dynamics and Spatial recomposition (LADYSS) is a multidisciplinary Mixed Research Unit of the CNRS (National Centre of Scientific Research) located in 4 university sites (Paris 1, Paris 7, Paris 8 and Paris 10). It was created in 1997, after the fusion of two laboratories of sociology (GRMSE) and geography (STRATES). In the current situation LADYSS has enlarged its members and disciplines adding especially bio geographers, anthropologists and institutional economists in order to face the global and sustainable governance problems. Our key research focuses on a shared goal: identifying the complex links between territorial dynamics and social transformations. A peculiar focus is brought on Rural and Urban, a couple of spatial categories which reveals the temporalities of social change as well as the effect of social representations of their relations and degree of distinction on the governance models and the inhabitancy modes (civil society). Agriculture and Peasantry facing climate change and ecological transition, Access to Rural Activity for Youngest, Solidarity with Newcomers and Alliance with local inhabitants and collectivities are more and more topics in which several LADYSS researchers are committed.

Interdisciplinary between researchers of social-human disciplines and between human and physical disciplines is a key method of the LADYSS laboratory. To fully understand the territorialisation processes, LADYSS members are attached to “ground” case studies, articulating quantitative and qualitative method. Consequently, we have much to say about stakeholders and their role in the research’s construction. These understanding of stakeholders give renewed significance to science-society debates as well as to the role of science in society. The traditional presentation of how science actually works is partially set aside in favour of iterative approaches and increasingly numerous meetings with stakeholders in the field with a view to formulating the hypothesis in question or debating the findings of the analyses.

Nicole MATHIEU is Emeritus research Director of the CNRS, geographer and historian. She’s been the director of the laboratory STRATES and is a well-known specialist of rural and agricultural studies. She published numerous papers and books chapters on rural/urban relationships’ evolutions focusing on the relations between newcomers and indigenous inhabitants in Rural Milieu. She led many research national and international programs focusing on: sustainable development, inhabitancy modes, Interdisciplinary theory and practices. She created and led the “Rural-Urban Observatory” in LADYSS from 1997 to 2003. She’s been the Coordinator of the French team in several UE programs: RURBAN (2002-2005); COST Rural Innovation (2000-2002); GRUNDTVIG 1 (2003-2005).

Aline BROCHOT is Researcher engineer of the CNRS, geographer. She is responsible of the Research Axis 1 of the LADYSS: “Socio-spatial recomposition in globalization”. She is a specialist on Heritage issues, especially the Unesco’s World Heritage Politics. Her research focus on the way heritagization process impacts local social and territorial organisations in rural territories. She is expert in several organisations, scientific committees and working groups at international, national and regional level (International Council on Monuments and Sites, French Institute of Vine and Wine, Unesco Chair “Culture and Traditions of Wine”, Departmental Councils of Aude, Val de Marne…). She also took part in RURBAN project.

Hervé BREDIF is geographer, Assistant Professor at Paris 1 Panthéon-Sorbonne University. His main research focuses on Handling complex, multi-actor problems; Conditions, processes and means for joint action; Governance of quality of living organisms in periurban spaces in  France, especially in Greater Paris region. He is expert member of several Institutions (ministry of ecology, National Institute of Agronomic Research). He has been the coordinator of two research projects for the ministries of Ecology and of Agriculture: Multifunctionality of forests (2005-2008); Biodiversity and forests (2006-2009).

Viviane de LAFOND, Agronomist, was director of the Human Rights League (2005-2018), director of the national network of the MLR (insertion of young people), director of the national ANDLP network (local rural development), and involved in public policies evaluation. She lead several transnational European projects in those fields. She is Associate Researcher in the LADYSS and collaborates to the research of the LADYSS regarding issues like Rural Youth and Poverty, Rural development and foresight policies in France. She took part in 2000-2002 to the COST Program: Rural Innovation; to RURBAN Program in 2002-2005.

Camille ROBERT-BOEUF is geographer, CNRS postdoctoral researcher at UMR LADYSS Laboratory and associate researcher at KOuRT laboratory of the Kazan Federal University (Russia). Her fields of expertise are urban/rural relationship, urban agriculture, peri-urban agriculture, rural and local development, European and French geography. She has written 13 scientific articles and participated in 19 seminars and international conferences on these subjects. She is now lecturer at Inalco (National Institute of Oriental Languages and Civilizations) and was previously lecturer at Paris Nanterre University and at Kazan Federal University. She also participated to international “Transe-Ac” programme (2014-2017) and organised several seminars on urban agriculture.

Blandine VEITH is a research engineer at CNRS Ladyss. Rural sociologist through her initial training and early work, she also conducted research and published on issues of gender, labor and migration before returning to her initial specialty. She was recently co-coordinator and scientific partner of the ANR “RosesMonde” on the tension between the commodification and patrimonialization of plants: an interdisciplinary research between social sciences (geography, sociology, history, economy) and genetics (2016-2020).