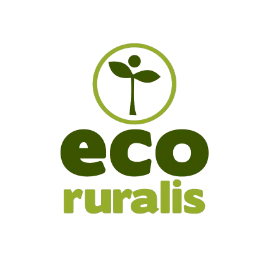 Eco Ruralis is a national association of peasants and agroecological food producers from Romania. The association is officially registered as a non-governmental organization according to Romanian laws and has a working political structure of a union, having a coordination committee of 10 peasant leaders and working groups on important thematic and transversal topics like: land, seeds, markets, peasants rights, agroecology, Eastern Europe cooperation on agroecological farming, migration and CAP.

The organization was established in 2009 by a group of small agroecological peasant family farmers from several different regions of the country due to a lack of political representation of small scale farmers and simultaneously a decrease in the rights of peasant farmers caused by unfair food and agriculture policies and practices. Since 2011, Eco Ruralis is one of the Eastern European members of the European Coordination Via Campesina (ECVC), the European peasant movement and regional structure of the world peasant movement, La Via Campesina. Some of the members of Eco Ruralis are active in various working groups of ECVC, such as: agroecology, public food and agriculture policies, land agrarian reform, peasants rights and seeds and the issue of GMOs.

For almost a decade, the participation in Eco Ruralis has exponentially grown to include almost 14000 members. The association has developed several programs in order to support its members and to engage into transformative policy processes on a national and international level. Until now, Eco Ruralis worked in-depth on topics like land grabbing and access to land for agroecology, the access to peasant seeds, risk related to protein crops expansion in Europe, Common Agricultural Policy (CAP) of the EU as it relates to the Romanian context of small farmers. Over the past 4 years, Eco Ruralis worked closely with ECVC playing a key role in mobilizing ECVC members organization at regional level for the process of adoption and implementation of the UN Declaration for the Rights of Peasants. More recently, since 2019, Eco Ruralis supported ECVC’s actions in the UN Decade for Family Farming.

Szocs Boruss Miklos Attila. President of the Eco Ruralis Association, young agroecological farmer, also undertaking a staff role in the organisation, with project coordination, facilitation and networking roles with the members of the Association and national, international partners. Attila has an Msc in Environment protection  – plant management in Agriculture and has extensive knowledge in the field of agricultural land, agroecology developments and creating transparency on large land concentration deals, analysing land and agricultural policy on all levels.